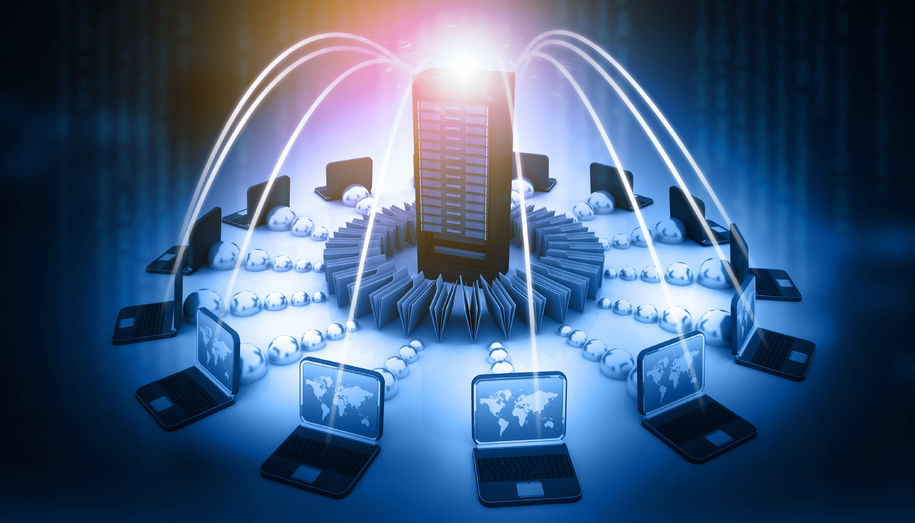 After a long vacation in October last year, followed by some intensive work at MIRA and InfiniSwiss, now I can make some time to share some more design ideas that I have implemented along the years.

I thought to resume blogging with showing how we could design for something which sounds quite amazing:

Without changing any code nor any configuration file, without recompiling, just by copying binaries on the same or on different servers, we can change how same two classes communicate: in the same process or inter-process communication.

I presented this last year at some conferences and I got very good feedback, so I think it worth a few posts.

A good example where this design brings an important advantage is a financial system. Here performance is critical and at the same time it deals with large loads (in data and transactions), so it needs to scale well. With this technique we can decompose the system in more micro-services. This assures a good scalability, each of the micro-service may be deployed more times on more servers. Then, after we get some metrics from running it in production, if we see that two services have a very intensive communication and the inter-process communication affects the performance, we may redeploy those two services on the same server, load them in the same process and have them communicate directly without any overhead. And, we can do all these without changing any code, without recompile.

To explain it, we can simplify everything to the communication between a Client and a Service. If they are hosted in the same process as shown below they communicate through function calls as we'd expect

Then, if we deploy the same two classes on different servers (different processes), without changes or recompilation they will do an inter-process communication.

This may be useful in any Enterprise Architecture, because we could scale out, or on the contrary we could bring more components on the same box, without changing code. If we don't change code we have no risks of breaking things, so we don't need extensive regression testing. Even more, we don't need to bother the development team for this deployment optimization. This flexibility that we gain at Deployment Time, may be very cost effective.

The first time I've implemented this design was with a client that came after a migration from a Monolith Architecture like below (one big Windows Service for the backend on top of a database and one fat client),

to a Distributed Architecture, which had more sub-systems that composed the backend, more databases, a Service Bus for orchestrating the communication and different clients offering the user interface. A modern architecture.

With this architecture they got many benefits in implementing scalability, availability, reliability and even better security. More important for them were the benefits in the maintainability and testability. They moved from one big thing to more and smaller things. Each of the resulted sub-system was now developed, changed and tested on its own, in isolation. They were able to reach one release per month from one release per year which they had with the monolith.

However, all these came with a major drawback: performance problems due to communication overhead. They had cases in which to satisfy a business flow, say Place Order, they had like a dozen service call hops in the backed to complete it and give the response to the user. The overhead with serialize the request, place it on the wire to send it to the service provider, which has to deserialize it, and then serialize the response and place it on the wire back to the client, was significant. And this had to be done for each call, within that business request. They split the monolith, but they were having performance problems due to the communication between the resulted pieces.

One could argue that the decomposition wasn't right. And probably that was the case, but in a large enterprise system it is very hard to get it right from the start. Every refactoring, migration and new feature has to be added gradually so you can continuously perform and deliver business value. So they couldn't redo the composition all at once. Another idea was to merge back some sub-systems, but they would loose the benefits they've gained in maintainability, testability and frequent releases and they were risking to go back to a monolith.

So in this context a design that takes the best from both cases was the solution.

There are three key design ideas to achieve all these:

In the next posts we'll take a simple example with some classes that depend one on the other and we'll demo how this design can be implemented to achieve all the benefits outlined here. The demo will start from a high level overview and will go deep into code until we'll get to a runnable solution, in which just by copying binaries from one output folder to another we'll change the way communication happens.

To implement this I use the iQuarc.AppBoot. It offers all the features needed to implement such a design in C#/.NET. I wrote about it in my last post. The demo will be in C#/.NET, but the same ideas could be applied in other technologies. You just need some form of Dependency Injection and Reflection.

By attending my Code Design Training you will learn how to implement this design idea in your context, to maximize the benefits for your requirements